What Are Corrugated Box Standards? 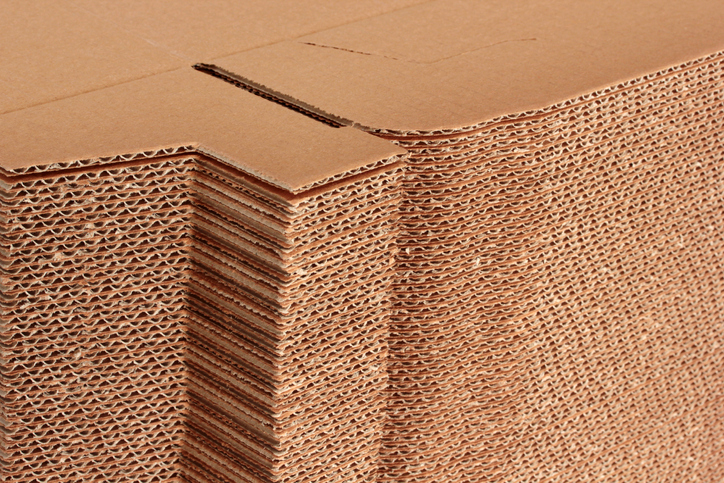 When discussing corrugated box standards, we are typically speaking about what might also be called industry standards. Many industries rely on standards to improve value, compatibility, and consistency for their products. Within the corrugated boxes industry, the standard may be applied to the paper, the corrugated board, the box, the filled box, or even the equipment. Below we provide an overview of various standards; however, some may apply to paper or corrugated before it is made into a box or display, and others may be applicable in very specific applications.

Standards used for paper and paperboard are generally created by standard developing organizations (SDO) and industry associations. The standards are voluntary, but many rely on the results as a basis for determining the quality and structural characteristics of the paper, paperboard, or box or for the manufacturer to produce consistent quality print.

An example of an SDO is ASTM. SDOs, like ASTM, create thousands of standards for many different industries. Examples of industry-focused standard creators are the Technical Association of the Pulp & Paper Industry (TAPPI) and the International Safe Transit Association (ISTA).

The box maker’s certificate (BMC), a round or rectangular seal typically printed on the underside of a corrugated box, provides evidence that the box was properly tested to standards and rated accordingly. Although not legally required, they may be required by common carriers and rail carriers. The certificate must comply with Item 222 of the National Motor Freight Classification (NMFC) and Rail Rule 41 of the Uniform Freight Classification (UFC). If a manufacturer uses the BMC to overstate a box’s compliance, it is considered fraud under the Uniform Commercial Code. The box maker’s certificate, also called a cert stamp, identifies the manufacturer and certifies the box conforms to applicable standards.

The stamp will include:

The edge crush test and bursting test for the certification will be tested against a standard. Bursting strength is often tested according to TAPPI 810 (for single wall or double wall). A corrugated board specimen is clamped between two platens with circular openings in their centers. An expansible diaphragm is distended through the lower platen using hydraulic pressure until the specimen bursts. The maximum hydraulic pressure when the specimen ruptures is recorded as its burst strength.

Edgewise compression may be tested according to TAPPI T811, Edgewise Compressive Strength Of Corrugated Fiberboard or TAPPI T839, Edgewise Compressive Strength of Corrugated Fiberboard Using the Clamp Method. A corrugated board sample is placed on edge (flutes perpendicular) between to platens, and force is applied until the sample buckles. The results are recorded in pounds per lineal inch of load-bearing edge but represented as ECT. For example, you may see a box rated as 55 ECT. This test indicated how well the box would hold its form under the vertical weight during transit. A box that is rated 55 ECT will be able to hold 55 pounds of pressure on the edge of the corrugated board.

Many other standards and variations of test methods apply to paper, paperboard, and corrugated that may be used for specific applications. For example, a grammage test is done following TAPPI T810 and measures the weight of the paper per unit area. The value may impact physical properties, such as bursting strength and thickness of corrugated board.

Other standards test abrasion resistance (TAPPI T476), label adhesion (ASTM D2860), the potential for delamination (ASTM D 4727), and much more. This is a small sample of the various test methods available.

When companies want to make sure their packages arrive without damage, they often turn to International Safe Transit Association (ISTA) Standards. ISTA offers different levels of tests depending on the need, such as non-simulation (Procedure 1), partial simulation general simulation (Procedure 2), and enhanced simulation test (Procedure 3). Within these groups, test methods are broken down further by weight of the box, how it is handled. or some other difference. The methods are often referred to with letter and number designations such as ISTA 2A, a partial simulation performance test for packaged products weighing 150 lb. or less. ISTA also method performance test (project 6) methods specific to Amazon, Sam's Club®, and FEDEX air, ground, and express.

Idealliance has created a global specification called G7 for achieving gray balance and visual similarity across all print processes. Although it is technically not a standard itself, it outlines a method for implementing ISO printing standards and other metrics. In addition, G7 Master Qualification can be granted to a physical facility demonstrating that it has calibrated specific equipment and systems to G7 gray balance and neutral tone curves and can deliver G7 proofs and print products.

Consider Dusobox For all Your Custom Corrugated Needs

At Dusobox, we are passionate about providing the highest quality packaging, displays, and sign programs that meet your exact specifications. As a G7 certified printer, you will get consistent quality and color matching across prints.

Reach out today to learn how Dusobox can help you will all of your corrugated packaging needs.

Ready for a Brilliant Packaging Solution?

Get in touch with the experts at Dusobox now.
Contact Us

With Whom Are You Trusting Your Custom Retail Boxes?
Read More
Why the Online Retail Packaging Solutions You Choose Matter
Read More
How to Create Toy Packaging That Drives Sales
Read More